Recently, Triple H made an attempt at humor when answering a question about Paige potentially returning to a WWE ring in 2020, but his insulting “joke” is a reminder that some things are off limits.

WWE Chronicles do a fantastic job of taking viewers through the personal struggles of a professional wrestler. Becky Lynch’s and Sasha Banks’ Chronicles, for example, are among the most beloved episodes produced by the WWE Network.

If you want to talk about personal struggles, Paige has been through her fair share, too. In 2017, Paige was the victim of a hack in which personal, intimate photos and videos of hers were stolen and released to the public. It was NOT a leak. It was a hack and an insidious attempt by a party to cause serious emotional and psychological damage to Paige.

Understandably, Paige was hit hard by this criminal act. In an interview with Lilian Garcia on the Chasing Glory podcast, she stated she dealt with suicidal ideation and suffered from anorexia as a result of the stress of this awful situation.

Two years later, Paige, whose in-ring career was cut short by a freak injury, is thriving outside the ring. She’s been GM of SmackDown and the manager of the current Women’s Tag Team Champions, and she is currently serving as a panelist on the hit show WWE Backstage.

But while old wounds heal, the scars remain. Out of all the people in this world, you’d think WWE, who knew firsthand what Paige went through during that ordeal in 2017, would know better than to open these wounds.

Yet here we are.

I asked Triple H about the speculation regarding a potential WWE in-ring return for Paige and/or Edge.@SKProWrestling

In an interview with Sportskeeda’s Gary Cassidy (video embedded above), Triple H made the following remark:

“More importantly than that [returning to the ring], though, I would like to see them live long healthy lives. You know, Edge has kids. Paige – maybe. She probably has some she doesn’t know of, but um…”

Let’s deconstruct this “joke”. So jokes are supposed to be funny, and one theory of humor is the idea of “benign violation”. That is, something is funny if it goes against what is “right”, but it isn’t harmful. For example, using slapstick humor, someone slipping on ice is funny. But someone slipping on ice, breaking their hip, and being bed-bound is, um, decidedly not funny.

As for Triple H’s “joke”, the “violation” here is that she is unaware of having children despite being a woman, and the “joke” is that this stems from what he deems as her promiscuity. It’s all rooted in sexism. And Triple H is implicitly referring to the non-consensual spread of sensitive videos and images depicting Paige, which would, seemingly, be his reason for making this “joke”.

And since that awful incident caused a great deal of emotional distress on Paige – again, she contemplated ending her life and suffered anorexia, which is a life-threatening illness – it shouldn’t be fair game for a joke.

You know who didn’t find that “joke” funny?

She tweeted: “Even my boss jokes about me…no wonder you guys still do it too.”

What she says in this tweet is quite profound. Triple H, as an executive at the company Paige works for, is making a “joke” referring back to a dark period in Paige’s life and to a criminal act that is rightfully becoming the target of stricter legislation. So if he, in his position of power, is making this “joke”, rooted in misogyny, to belittle Paige, then that gives the green light to people in positions that, shall we say, require less decorum to do the same. And thus, Paige continues to be caught in this cycle of trauma where the wounds are reopened.

There’s a difference between a close friend of Paige joking with her in private in a matter that she’s comfortable with and has made clear boundaries for. An executive wisecracking about her to the media? It’s quite disgusting and more insidious than the “u mad bro” Twitter crowd, who need a lesson in empathy (and quite frankly comedy), will tell you.

Big love to Paige. She’s been to hell and back but still some people wanna make jokes. We need (and she deserves) real change. https://t.co/vqdkWNyLMa

We will never see the true change in equality if we just see them as storylines. Change in a company starts from the top. Our leaders help set the example. For us women we need all the help we can get. Help with respect from our co workers and fans. We are all one. One love. ❤️N

Next: When should Naomi make her WWE return?

As Renee Young said, we need to do better and be better, whether we are a respected executive at the biggest wrestling company on the planet, pro wrestlers, writers, or just fans.

It isn’t difficult to think twice before speaking, to support others, and to show empathy. So let’s be better.

(And before anyone jumps on this, yes, Paige could be better, too, after defending Ronnie Radke’s disgusting racist, homophobic, and transphobic remarks on social media. However, I believe everyone has a basic right to dignity and respect, and I think it’s important to make sure we give Paige that same treatment in the hope she will see it as an example to remember others.) 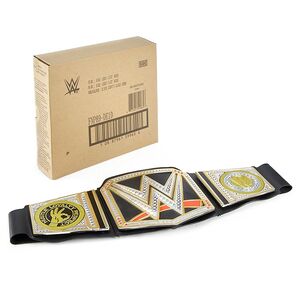