Tessa Blanchard is the new and first woman to hold the IMPACT World Championship. Considering new allegations against her, it’s a hard moment to celebrate and an even harder pill to swallow for me, personally.

So … why am I not celebrating?

It’s not because of the match she won it in. The main event of Hard to Kill was fantastic and a legitimate match of the year candidate between two performers with great chemistry.

It’s not because of anything the company did. In the months leading to Sunday night, IMPACT did a superb, practically perfect job in not only getting fans invested into Tessa winning a World Championship that’s been entirely worn by men, but positioning the women’s division as a whole as something of equal footing to the men.

Yet, when the ref’s hand hit the mat a third time and Blanchard’s music started blaring through the speakers, I wasn’t jumping for joy at the sight of the first woman to win a men’s World Championship in the main event of a PPV. I wasn’t happy with who won that night, as I expected I would be months in advance.

If anything, I just felt weird. Unsettled. Unfulfilled. Harboring some semblance of sadness and disappointment. Perhaps even a touch of anger. Bitterness, if you will.

If you’re reading this and have been on social media these past couple days, there’s a good chance that you know exactly what happened. My colleague, Kevin Parvizi, summarizes the situation perfectly here. He also emoted the sort of bitterness I’m feeling over the moment now.

I get that a lot of people are going to say (and have already said in her defense) that there’s no visual “proof” surrounding these allegations (which, how much proof do you need, really?), but I’m a firm believer in the phrase “where there’s smoke, there’s fire.” One allegation raises an eyebrow. A bevy of different variations of racist and bullying allegations highlights a larger issue.

There’s also going to be (and again, already have been) fans and wrestlers alike who will defend Tessa Blanchard’s coronation either by saying she’s “changed” since she first committed such acts, or the moment by itself is important enough that we should overlook what she’s done behind the scenes.

In the case of the former, first off, “change” is a vague, broad term in itself. Does change mean that she’s apologized for her acts privately? No longer has the attitude problem she’s been publicly accused of having? Learned to be kinder and more considerate to her co-workers?

But hypothetically, let’s say she has changed, however you define “change.” Let’s assume she’s done all of the above, her actions speak louder than her words, and she’s an overall better person. Okay, sure, but we cannot change the past in the same way that a person can change their attitude. Her “change” does not erase the horrible things she’s done in the past, nor does it invalidate the emotional distress she’s caused for others.

In the case of the latter, such as Joey Ryan praising Tessa Blanchard as “the face of intergender wrestling” and a “good representative” of that brand of wrestling without him mentioning the accusations at all, I think that’s just irresponsible.

It’s entirely possible for a terrible person to be skilled in their profession and it’s possible to acknowledge a terrible person’s talent, but there’s such thing as accountability that should not be overlooked. Tessa Blanchard is a phenomenal athlete, but to praise her talent and landmark moment while completely ignoring such heinous acts is a misuse of a platform.

To defend or ignore Blanchard’s actions offers a dangerous rhetoric to promote. Regardless of what success she’s doing on behalf of women’s wrestling, it simply does not excuse horrendous behavior.

Obviously, I’m not the only person who still feels sour about the whole ordeal. During her post-match speech after the PPV, chants of “You deserve it!” dueled directly with “No she don’t!” chants. It may not have came across on television, but the reaction to her win was mixed.

But outside of other reactions to her title win, what about me specifically? Why did Tessa Blanchard’s title win leave such a bittersweet taste in my mouth?

For starters, it’s hard not to take these allegations a little personally as a Black man after hearing that Blanchard spit in a Black woman’s face and called her the n-word. That hits a sweet spot for me.

The slur is a problem for obvious reasons, but I was raised to believe that spitting on someone is one of the most foul, disrespectful things someone could do to another human being and to spit on someone says the wrong things about a person’s character. On those grounds, I’m looking at Tessa Blanchard a little differently to say the least.

Take the disrespectful connotation behind spitting on someone and mix it into a racist situation, as in what Blanchard did to La Black Rose backstage. Racism is all about viewing someone as lesser than both yourself and your own race. To call them the n-word is a power move to establish how you view yourself as above them. To spit on someone shows just how little you respect and view them overall. 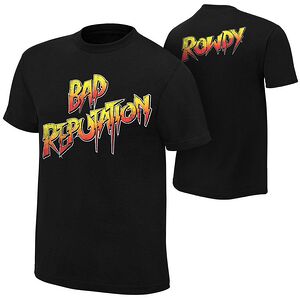 So, when I read of this incident, I imagine Tessa Blanchard not only depriving La Black Rose of her humanity by spewing a hawk of saliva in her direction, as if she were a pavement on the sidewalk, but deliberately attempting to dehumanize her as a black woman. Calling her the n-word is just the cherry on top to drive the point home.

Other accusations of Blanchard either belittling her co-workers or attempting to blacklist them (i.e. Isla Dawn of NXT UK fame) also read as vile acts to me.

Beyond however I may feel about Tessa Blanchard’s real life character as it’s been presented from multiple viewpoints lately, this moment just feels disappointing because it was supposed to be a major leap forward for women’s wrestling.

That shot of Tessa Blanchard reaching the top of the mountain and holding one of the biggest prizes in her profession was supposed to look like progress, but in lieu of recent events, instead, the word “progress” feels like a dirty word. A dirty, tainted word that lacks the weight it was supposed to have in a moment like that.

There’s a bittersweet irony in Tessa Blanchard supposedly making leaps and bounds on behalf of women’s wrestling, all while new implications suggest that she’s doing so on the backs of women she’s held down over the years.

This is a moment that will forever be etched in the history books, but with an asterisk highlighting Blanchard’s abusive behavior that came to light the day prior.

Next: WWE: When is the right time for Naomi to make her return?

Before this week, I’ve always been quick to hail Tessa Blanchard as the best all around wrestler (regardless of gender) in the world. While her talent may be undeniable, I struggle to even praise her in-ring work without the asterisk of “despite” before listing off everything we’ve learned recently.

Write for us!
Load Comments
Event Tickets
Powered by StubHub